World Vision is a Christian charity on an anti-Israel mission. 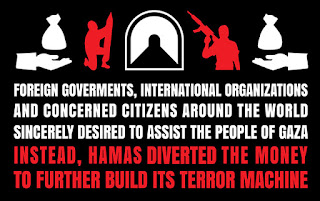 World Vision is a Christian charity on an anti-Israel mission.

This can clearly be seen in its fraudulently biased website description of Israel and what they call the West Bank, properly known as Judea & Samaria.

They claim that the unemployment and poverty rate of Jerusalem, West Bank and Gaza is apportioned to Israeli wrong-doing. Surely a large proportion of the blame must be directed at the corrupt and violent political overlords, namely the Palestinian Authority and Hamas.

Not according to World Vision who point an accusing finger only against the Jewish state. They write that “children experience harassment and violence from soldiers and settlers." The lack of adequate educational facilities is not due to Hamas using schools to store rockets or to aim them at Israeli civilians but, according to World Vision, it is due to demolitions. They do not mention which schools, if any, have been demolished by Israel.

World Vision also make mention of long commutes to school due to what they call “settler bypass roads.”  These bypass roads have been constructed so that Jews living in Judea & Samaria can detour away from the Arab towns and villages that harbor the terrorists that assault and kill Israelis, including women, and children, on a daily basis.

They refer to checkpoints, road blocks and a security barrier (they call it a “separation wall”) without mentioning the reason they are there in the first place.  Their explanation is that they are there simply to “impede and restrict movement within the Palestinian territory.”
No mention on their website page about the decades old violence perpetrated against Israelis by the people they are funding that has resulted in checkpoints and other essential security measures.

Neither have World Vision anything to say about Gazan children spending their summers attending military and terror training camps. Many are recruited to dig terror tunnels for Hamas.

We now know, due to the recent revelations coming out of Israel, that World Vision has been funding the military wing of Hamas, known to most of the world as a terrorist organization.
This came about with the arrest of Mohammad El-Halabi, a senior figure in the Hamas terror organization, who is the Director of Operations for World Vision in the Gaza Strip.


World Vision is one of the world’s biggest charities with an annual budget of three billion dollars. It includes Justin Bieber, Scarlett Johansson and Bill Clinton among its celebrity donors.  It also receives funding from foreign governments and claims stringent oversight and transparency, but it took the Shin Bet, Israel’s top security and intelligence service, to break into the organization and arrest its key employer.

Mohammad El-Halabi, a lifelong Hamas member in Gaza joined World Vision in 2005 and rose to the position of its director with total control over its budget and allocation. This included putting terrorists on its payroll and issuing tenders for fictitious humanitarian projects. He also transferred construction equipment and building material to Hamas which went to build terror bases and tunnels that reached into Israel for the purpose of terror attacks like the ones we saw during the 2014 Hamas terror war against Israel.

A Shin Bet official said that the humanitarian aid went almost exclusively to Hamas terrorists and their families and not to the non-terror associated residents of the Gaza Strip.

El-Halibi was arrested on June 15 and was held for fifty days before Israel announced the indictment against him on Thursday August 4th.

Shurat HaDin, the Israel law center, has been warning World Vision for years that their money was being used for terrorist activities. They were rebuffed by the Christian aid organization.
In 2012, Shurat HaDin informed the Australian government that its aid money, administered by World Vision, was being diverted into front organizations of Hamas. Both the Australian government and World Vision rebuffed the warnings.
Then, in 2015, Shurat HaDin warned that World Vision was acting as a arm of the PLFP and other terror groups. World Vision's chief executive, Tim Costello, denied the charge.
With the arrest of El-Halabi and the evidence collated by Israel's Shin Bet, World Vision's denials are no longer valid and we have to look deeply into the motivations of this organization to concentrate its donations into the coffers of Hamas.
As Shurat HaDin's president, Nitsana Darshan-Leitner, said, "For years we have been warning that World Vision is funding Palestinian terror groups in Gaza. World Vision had repeatedly denied our charges and refused to seriously investigate where its funds are going. They assured us that the organizations they fund have been vetted and were not engaged in terrorism. Who knows how many of Hamas's missiles and stabbing attacks were funded by World Vision after they were put on notice that they were financing Palestinian terror. The assistance to Gaza by foreign aid organizations is directly responsible for the murder of scores of Jews in Israel."

World Vision continues to protest his innocence and their ignorance. They believe the falsehoods against Israel that appear on their official website, yet they claim to have no reason to believe the true identity of their Gaza director, or the “allegations” of vast amounts of their donors money falling into the hands of killers of Israelis by the real oppressors of the residents of the Gaza Strip.

However, the Shin Bet has been giving a detailed account of where charity money ended up.

As an example, $80,000 received from British donors went to construct a terror base in Gaza called “Palestine,” and salaries to the terrorists who worked at this base also came out of this money.

Money was used to buy weapons for terror groups in the Sinai while Mohammed Morsi was in power in Egypt.

The disguise of emotion-laden imagery of poor Palestinian children is used to hide what is really at play in Gaza. It was highlighted by the Shin Bet claim that funds supposedly going to help injured children actually went to Hamas members who falsely listed their children as wounded.

Evidence will show that Hamas diverted millions of dollars for terror purposes. World Vision claims to pump $12 million annually into Jerusalem, Gaza, and the West Bank. None goes to Jewish children in need or to Israeli Arab children in need.

Keeping up their defense of Hamas, World Vision said they would “continue to call for a fair legal process for Mohammed.”

World Vision is headquartered in Monrovia in California and describes itself as “a global Christian relief, development and advocacy organization dedicated to working with children, families and communities to overcome poverty and injustice.”

Can someone explain to me what is Christian about helping Islamic terrorists improve their deadly potential to kill Jews except, perhaps, by them adopting the replacement theology that requires them to side with, and support, any enemy of the Jewish people?

It also claims that it is “an international partnership of Christians whose mission is to follow our Lord and Savior Jesus Christ in working with the poor and oppressed to promote human transformation, seek justice and bear witness to the good news of the Kingdom of God.”

I would like someone to explain how pumping millions of dollars of good Christian money to the radical Islamic terror regime of Hamas, the Palestinian wing of the Muslim Brotherhood, whose history is replete with oppressing the people of Gaza and killing all opposition to its stranglehold and whose founding charter expresses their desire for a global Islamic Caliphate and for the murder of Jews, advances the aims of World Vision.

Unless proven otherwise, it seems to me that World Vision has been so blind to the injustice done to the Jewish state by Hamas and Palestinian terror that it is deliberately myopic to the massive misuse of money that has been eagerly used by Hamas in their vain attempt to attack Israel and kill Jews.

Truth be told, the fund-raising appeal that appears on World Vision’s official website, so full of anti-Israel false statements, make me feel that the former is true, unless they can convince me otherwise.

As I write this report, Australia and Germany have suspended their funding to World Vision for spending on Palestinian causes. Hamas is designated as a terrorist organization by the United States. 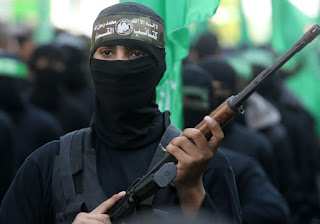 I hope we will hear that the US Administration and all Americans will refuse to donate to World Vision until they put their house in order and return to their original Christian charitable roots.

Barry Shaw is the Senior Associate for Public Diplomacy at the Israel Institute for Strategic Studies.  He is also the author of the book ‘Fighting Hamas, BDS and Anti-Semitism.’
https://www.amazon.com/Fighting-Hamas-BDS-Anti-Semitism-violence/dp/1508595534/ref=sr_1_1?s=books&ie=UTF8&qid=1470584364&sr=1-1&keywords=fighting+hamas+bds+and+anti-semitism
Posted by theviewfromisrael.com at 19:00