A world without Zion. After the fall. 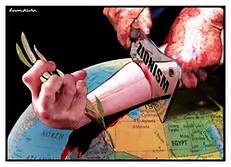 Imagine a world in which Israel is confined to what they call pre-1967 lines and discovers that the old threats are alive and killing.

It is one in which Israeli Jews join the rest of global Jewry in vacuously reciting every Passover, “Next year in a rebuild Jerusalem.”

What meaningless nonsense is that if, after liberating our ancient capital after thousands of years in the diaspora, we rebuilt the ancient capital with love and then gave it away?

How could it be possible that Israeli Jews gave in to pressure and abandoned our physical heritage for the notion that if we are a majority that would be sufficient to call ourselves the Jewish State? There has to be more to democracy than that.

What does this mean to you exactly, once Israel is deprived of a Jerusalem painstakingly built by us on the destruction of conquering forces from the Babylonians to the Egyptians, the Romans, the Crusaders, even the Jordanian invading forces?  Now that the Judaic heart has been ripped out of our belonging why are you praying that it must be restored?  Better to exorcise an eternal prayer that is devoid of meaning or pride.

What of the traditional commitment made by every Jewish bridegroom as he stands under the Chuppah, the wedding canopy, as he takes his vows?

“If I forget thee, O Jerusalem, let my right hand forget its cunning. If I do not raise thee over my own joy let my tongue cleave to the roof of my mouth.”

Then the groom breaks the traditional glass symbolizing the Jewish Temple.

It is gone. The Temple has been given away to another faith.  Why mouth a vacuous phrase? Forget that this was a precious yearning that kept the flicking flame of Judaism alive in desperate dark corners for thousands of years.

We had this rebuilt Jerusalem in our brave hands and simply gave it away for nothing, for a hope of peace given from a duplicitous adversary.  What a desperate waste!

The promise of peace was temporary. The loss of our beating heart will be eternal.

And for Christians that supported, campaigned and added to the overwhelming global burden placed on Israel to cede territory, what of your once proud ancient psalms and incantations for a Jewish return to Zion that would herald peace and the arrival of your Messiah, now that you cut Zion out of the State of Israel?  As replacement theologians your job is done. Jesus is a Palestine and all is right with the world. But is it, without a Jewish temple on the Temple Mount, according to authoritative international resolutions that you helped to become law.

What have you done?  Your New Testament became a work of fiction. Can you live with that?

As for ourselves, how can we be Zionists without Zion?

It becomes meaningless to call ourselves a Jewish state or Zionists simply because the majority of what was left of Israel claims to be Jewish in some form or another.
Preserving Israel’s Jewish character cannot be confined to a secular identity. It required retaining sovereignty and control over the spiritual centre of our faith in concrete (read ‘archeological’ and ‘historic’ ) terms.

As Yigal Allon, a revered IDF general and, for a period, acting Prime Minister of Israel, wrote in the Foreign Affairs journal of October 1976, “Jerusalem, Israel’s capital, which has never been the capital of any Arab or Muslim state, but had always been the capital and centre of the Jewish People, cannot return to the absurd situation of being partitioned. The Holy City and the adjacent areas essential for its protection and communications must remain a single, undivided unit under Israeli sovereignty.”

Today, our generals may plot our continuing confined survival but what are we without our soul as we quake in fear over the next moves of an implacable enemy on our vulnerable eastern and southern borders.

What are we worth, if anything, if we have abandoned our traditional values for the convenient comfort of an uncertain peace?

What shame will we feel when, after thousands of years of longing having held our precious heritage in our hands for a few fleeting decades simply to give it away for a vain promise of peace that was as short-lived as previous false promises, all is lost? How stupid must we have been? How empty of value or substance were our sacrifices and concessions.

Were we so enamoured with the hedonistic materialistic secular liberal lifestyle that we forgot what we were doing here in the first place?  How could we have abandoned everything that made us special when we are once again living under siege about to be uprooted but with no roots to keep us tethered to our once holy land?

Did Tikun Olam (Repair the World), the new secular theology of looking out for everyone else but not for ourselves, succeed in replacing the traditional ideas and ideology that had helped us survive for five millennia fail us?

What then when we repaired the world but destroyed our own?

Barry Shaw is the Senior Associate for Public Diplomacy at the Israel Institute for Strategic Studies.
He is the author of ‘1917. From Palestine to the Land of Israel.’