THE DAMAGING FACE OF COALITION POLITICS IN THE JEWISH STATE. 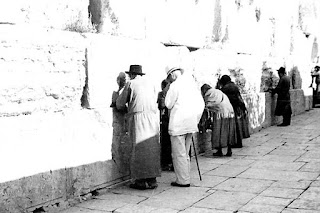 Shock waves over the Israeli government decision to fold to ultra-Orthodox pressure by suspending its 2016 policy allowing egalitarian Jewish prayers at a separate section of the Western Wall in Jerusalem are reverberating globally. Israel is in danger of further losing the drifting support from American Reform and Conservative Jews. Disappointed Reform leaders protest that after standing with Israel morally, politically and financially against anti-Israel delegitimization campaigns they now feel delegitimized.
Government figures indicates that Diaspora Jewry contribute 6.5% of Israel’s GDP. Diaspora Jews may rightly ask why they should continue to fund a Jewish State that rejects them. Why should they donate money that goes into the budget of the ultra-Orthodox parties who use their influence to make decisions that negatively impact on them?
Jewish millionaires such as Ike Fisher have appeared on Israeli television saying with are withholding their donations to Israel.

The issue of Jewish prayers at the Kotel has been poisoned by the rancor instigated by the government decision to prevent egalitarian prayers at Judaism’s most holy site. We need reminding that men and women prayed together at the Kotel less than a hundred years ago. In the spirit of pure prayer there wasn’t even a mechitza (a partition dividing men and women at Jewish prayers).

One of the reasons I initiated the creation of the Knesset Caucus for Anusim and Marranos issues was to force the Israeli Rabbinate to view the return of the hidden Jews, those Jews who, as a result of the Spanish and Portuguese Expulsions and Inquisitions, were forced to keep their Jewish faith a secret to avoid further persecution and now want to return fully to Judaism in Israel, as a blessing and to ease their official conversion process.

Unfortunately, the same rabbinical rigidity that targets a differing branch of Judaism applies to the Secret Jews who could become the next great Aliyah wave for the Jewish State unless they continue to be blocked and denied by the ruling religious cabal in Israel.

Both they and those seeking a way to express their Judaism in Israel are being prevented by the reactionary Israeli Rabbinate and their supportive politicians who hold sway over the Prime Minister.

It is abundantly clear that the Ultra-Orthodox firm grip on government decisions is an indicator of what happens in coalition politics. Non religious Jews have to go abroad if they prefer to have a secular marriage. Non religious Jews have little day how they can be buried. And the ultra-Orthodox conversion grip is preventing thousands of Jews from making Aliyah and a new Jewish life in Israel.

I recently initiated the new Interfaith Forum IL. This is designed to bring to the fore Israeli-based faith leaders to declare Israel as the model for harmony and peace based on our long record of freedom of religion and the protection of minority rights.

How can I continue to do this following the recent wrong-headed government decision to support an intolerant religious cabal that has, in one stroke, destroyed the aim of what I am trying to create?

This is the shortsighted and damaging face of coalition politics in Israel.

Barry Shaw is the Senior Associate for Public Diplomacy at the Israel Institute for Strategic Studies.  He is the initiator of Interfaith Forum IL and the author of 2017 best-selling book ‘1917. From Palestine to the Land of Israel.’
Posted by theviewfromisrael.com at 08:27