The Corbyn and Omar Threat to Jews and Israel. 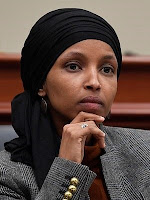 Out of the political deterioration in Britain and America, the double-headed hydra of anti-Semitism and anti-Zionism has emerged.

The venom in both the British and American parties stem from the radical left, affiliated with an imported ideology, a red-green alliance, exploiting the political turmoil to advance their agenda. It is an agenda that will bring ruin to both countries.
In Britain, the failure of the ruling party to satisfy the demand of the people, namely an affirmative withdrawal from Europe, known as Brexit, gave rise to the radical left Labour Party with ideas that will bring social and economic disaster to Britain.
In America, a country ripped apart by a resentful Democratic Party, reeling after the embarrassing defeat of their revered candidate to an outsider in the 2016 Presidential election, opened the door to a new radical left with ideas and ideologies that will bring social and economic ruin to the United States.
Out of the confusion of both countries, dark voices began to be heard. 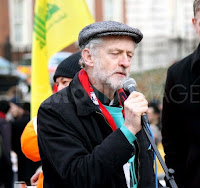 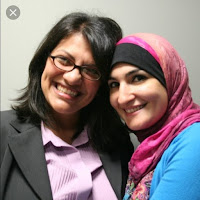 The process has begun. Rashida Tlaib did not wrap herself in the Stars and Stripes when she was elected to Congress. Instead, she draped herself in a Palestinian flag.
Newly arrived Ilhan Omar immediately hit out at Israel, its Prime Minister, Jews and their money. She was guest speaker at a fund-raising event for an organization that had supported her campaign and Hamas.
CAIR is an organization professing to represent the civil and social needs of American Muslims. That would be fine if that was their agenda, but CAIR is the American Muslim Brotherhood with a proven identity of supporting Hamas, a designated Palestinian terror organization. And CAIR is now strutting the halls of Congress with confidence pushing aside anyone attempting to ask pertinent questions of their congressional representatives. 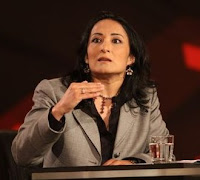 Asra Nomani, a true Muslim reformer who wanted to address Ilhan Omar on her anti-Semitic remarks, was confronted by CAIR bullies who prevented her from speaking to Omar.
In Britain, Jeremy Corbyn receives support from similar organizations to CAIR. He addressed the Islamic Human Rights Council in London. Like CAIR, they pose as caring for the British Muslim community, but they have a stealth agenda to promote dawa and sharia into Britain. Ahead of Corbyn, a radical imam, Sheikh Bramanpour, spoke openly about wiping Israel off the map. Corbyn followed him onto the stage and, instead of condemning the imam’s words, told IHRC that they “represent all that is best in Islam.”
It remains to be seen if CAIR, Omar and Tlaib represent all that is best of Islam in America. Up to now we have seen the hateful, anti-Semitic, anti-Israel side of all three.
I can personally vouch for the veracity of Asra Nomani as a genuine peacemaker and reformer having had the honor of sharing a stage with her at a Conference in Jerusalem a few years back.
If Asra Nomani were in Congress, instead of Ilhan Omar, we would have more confidence in the future of the Democratic Party and America.

Barry Shaw is the International Public Diplomacy Associate at the Israel Institute of Strategic Studies. He is a researcher into contemporary anti-Semitism and the author of ‘Fighting Hamas, BDS, and Anti-Semitism’ which examines the anti-Semitism at all levels of the Palestinian cause.