America is blessed to have Trump as its President. 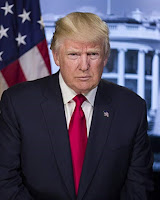