Israel Intelligence Briefing. ISRAEL GIVES TO THE US MORE THAN IT RECEIVES.

THE US GAINS FAR MORE FROM ITS MILITARY AID TO ISRAEL THAN THEY GET FROM ANY OTHER COUNTRY.

Detractors of Israel like to jump on the figure of $3.8 Billion (2019) that the United States gives to Israel for its military defense.
What they do not take into consideration are three important factors that make the US-Israel defense relationship truly unique.
1.      The $3.8 Billion defense budget that the United States is giving Israel in 2019 is split between $3.3 Billion which is conditional on Israel spending 100% of that figure on US-manufactured military hardware. In other words, this is budget that goes entirely on the US-based military industry. The remaining $5 Billion is allocated for missile defense systems such as the American built (with Israeli technology) Iron Dome and Patriot missile defense systems. In other words, a joint venture of sorts between the United States and Israel.
2.      It is important to look beyond the simple figure of $3.8 Billion and not treat it as if it is a one-way transaction to Israel’s exclusive benefit. Nothing can be further from the truth. The United States gains massively by a few hundred percent rate of return for the initial investment by having Israel as a battle-tested laboratory for the US defense industry and the Armed Forces products.
This is achieved through a list of modifications and upgrades to some of the most sophisticated US military equipment and systems that the US would never get from any other source save for their own military which does not have the same geographic intimacy of an enemy so close that it calls for split second responses against all forms of military attacks experienced exclusively by Israel on a weekly, even daily, basis. 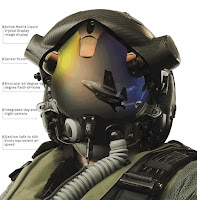 The feedback from Israel’s use of US-supplied hardware saves many years and huge costs in American R&D. Through tried and trusted Israeli military usage, the end product improves and enhances the US defense industries competitiveness in the global market, making US military hardware even more attractive to global buyers. It increases US exports and expands the American domestic employment base.

Israel provides the US with unique and vital military intelligence, saving US lives, both military and civilian.
Israeli intelligence improves the US war on terror and undermines the position of US enemies and adversaries.
3.      Perhaps the greatest cost saving to the US, both in terms of blood and treasure, gained by its relationship with Israel, is the fact that Israel is an extension of America without the United States requiring to place “boots on the ground” and the vast savings that come from not having US troops deployed in Israel.
Unlike other Middle East and European allies of the United States, Israel does not require American troops to physically defend our country or to be stationed here. This alone saves the United States many billions of dollars as can be seen in the following examples.
As opposed to Israel’s annual military aid grant of $3.8 Billion, the United States spends $4.89 Billion in Afghanistan. 74% of that figure is on military aid in keeping their solders there.
The United States has 28,500 troops stationed in South Korea. The annual boots on the ground cost is an estimated $7 Billion with a further $1.1 Billion spent on what is called non-military personnel.
In peaceful Japan the figure is even higher with 50,000 American troops stationed there. The annual cost is given at $12 Billion with a further $2 Billion spent on non-military personnel.
These figures only cover the cost of maintaining troops and supporting personnel in foreign countries. They do not include the additional costs of the military hardware, equipment, construction, and operating systems used in these countries.
These figures dwarf the annual figure that America gives its greatest ally, Israel. The US investment and return on investment in new product development andr vital intelligence is minimal compared to the benefits that Israel provides the United States.
If we add Europe to the equation, there are 55,000 American troops stationed in three European countries alone – Germany 35,000, Italy 12,000, Britain 8000. There are US troops in many other European countries.
It is estimated that the average cost per annum of stationing military personnel abroad is between $10,000 - $40,000 per person.  That does not include infrastructure costs, etc.
In Europe, NATO pays 33% of the cost, an estimated $2.5 Billion. This puts the US contribution to its military personnel in Europe at a minimum of $5 Billion annually. This alone is 30% more than Israel receives annually.
President Trump is trying to get NATO cover even more of this cost, thereby reducing the cost to the American taxpayer.
The Pentagon pegged the cost of the US presence in Germany, Japan and South Korea in 2019 to be $21 Billion. This figure includes military pay, operational spending, military construction.
Compare that $21 Billion, which is spent in the three named countries, to Israel’s $3.8 Billion, which is returned to the United States in full to an expanded US military industry, and one easily see the massive benefit that America gains by having battle-tested Israel as their main and trusted partner.
As a     As a final shot at budget comparisons, The United States spent an estimated $81 Billion in 2018,
to protect foreign countries oil supplies. Now compare that to the $3.8 Billion that the US gives Israel to use and test its military hardware. It’s chickenfeed.

The      The United States gains far more from US aid to Israel than any other country on earth.

Barry Shaw is the International Public Diplomacy Director at the Israel Institute for Strategic Studies.