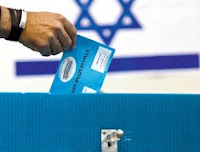 The Israeli elections on September 2019 proved one thing. Not only is Israel the only democracy in the Middle East, it is also a global democracy on steroids.
The elections results showed the benefits but mainly the faults of a multi-party electoral system.
The race started with 31 hopeful parties. At the end of the voting process Israel was left with nine political parties winning seats in the 22nd Knesset.
Israel has to change the law by lifting the electoral threshold for allocated seats in a future Knesset from the current low bar of 3.25% to 5%.
The outcome of a very tight race left the Israeli version of the Siamese twins able to form a narrow majority government but shackled from doing so by pre-conditions set by Benny Ganz, the leader of the Blue & White party, who said he would never sit in a joint government with a leader facing criminal charges, referring to the corruption charges faced by Likud leader and perennial Prime Minister, Benjamin Netanyahu.
Unless Ganz climbs down from his moral tree Israel is frozen in a stand-off and could, potentially be facing its third election in under a year.
President Reuven Rivlin said he would not allow this to happen, but he has no constitutional role in deciding the outcome. 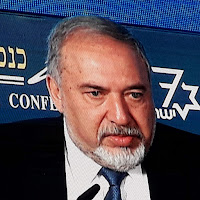 The spoiler in the game is the blunt Russian, Avigdor Liberman. He’s the tough guy who is calling the shots having positioned himself as a centrist party winning nine decisive seats. This has enabled him to be the pivotal figure in the race to power.
Liberman picked up lots of votes from disaffected Bibi voters who sought refuse in Liberman’s party, unable to bring themselves to vote for Ganz’s party with the left-wing Yair Lapid toted to become a rotational prime minister in a Blue & White government.
Without Liberman, Likud is unable to form a right-wing government. Insufficient mandates of the small right-wing and religious parties prevent the option of a coalition without Liberman, and Liberman has issues with the religious bloc. No right wing-religious deal is possible without the heavy Liberman climbing down from his political tree.
Ganz is unable to form a center-left coalition even with the Arab party without Liberman because Liberman has said he will not sit in any government with the current Arab politicians, most of whom he sees as anti-Israel antagonists and not part of the Israeli consensus.
With the final votes not yet in Liberman faced the press the morning after election night to itemize his conditions for joining a 73-seat unity government with the Likud and Blue & White.
Liberman is pushing for a more secular society in Israel. He insisted that the recruitment law, which requires every citizen to serve in the IDF, must apply to the orthodox religious community in which most of the young men spend their years studying in yeshivot (religious education institutes) instead of serving in the army.
He also insisted that all Israelis, including the ultra-orthodox who have their own strictly religious education, must go through the general state education system. The religious students can, insisted Liberman, continue their religious studies after a day of regular education where they will learn worldly subjects like mathematics, geography, languages, etc.
Liberman’s final condition hit at the strictures placed on regular Israelis by religious political parties of the past. He insisted that public transport be allowed to operate on the Sabbath. The religious parties look on this as a desecration of the Jewish holy day of the week. Regular Israelis look on the absence of public transportation on Saturdays as a forced imposition. Saturday is the only free day of the week for working Israelis. Lack of public transport on a Saturday severely restricts many Israelis from visiting family, or simply enjoy traveling to wherever they want on their one day of leisure.
The problem with Liberman for the two main parties is that they never know what new imposition the heavy Russian will lay on them next. Liberman destroyed a previous Netanyahu-coalition because he was unhappy by the way the Prime Minister handled Hamas in Gaza. He thought Netanyahu was too kid-gloved in not responding hard enough against Hamas after one of their rocket bombardments on Israeli civilians.
The Likud and Blue & White have the ability of forming a narrow two-party coalition of 64 seats, if only Ganz can climb down from his tree. He insisted that he would never share a government with Netanyahu facing impending charges.
Then we come to the tricky ego-charged question of who will be Israel’s next Prime Minister. Ganz or Netanyahu.

The process demands that the leaders of every party elected to the next Knesset will recommend to the president which leader they prefer to be prime minister. Of the nine parties, four will choose Netanyahu, four will choose Ganz, and no one knows what Liberman will whisper in Rivlin's ear. This is where President Reuven Rivlin has to transform himself into King Solomon. He has to knock heads together and impose a solution dividing up the electoral baby.


It may hurt some egos and upset part of the Israeli electorate, but it’s better than Israel facing a third election in less than a year.