Ahead of the Trump peace plan, some hard truths. 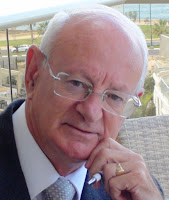 To any dispassionate observer of the Middle East, it is crystal clear that a so-called “Two-State Solution” between a once-complaint, democratic, Israel and the violent, rejectionist, two-headed Palestinian hydra is impossible.
Those who say there is no other sensible solution to this intractable problem between Arab and Jew have not been paying attention, or have rejected, numerous sensible alternatives that have been offered by various Israeli sources.
Soon we will witness the long-awaited proposals from the Trump Administration which will be seen as extensions to the “Two-State” failure.
Although most Israelis quietly hope that progress can be made, there is a singular lack of expectation.
This has nothing to do with Israeli rejection. On the contrary, history shows us that Israel proposes while Palestinians dismiss peace offers.
As a result, there is today a clear-eyed Israeli awareness that Palestinians are decades away from being pragmatic peacemakers, if at all. Fault lies with the absolute failure of the international community to address the problem of the Arab rejectionism of Israel on any piece of land, and the communities’ total failure to take any steps that would reform the duplicitous Palestinian leadership into genuine and practical peace partners.
This should have been done as a condition of their massive funding to the corrupt and wasteful administrations both in Ramallah and in Gaza.
No more pressure on Israel to make dangerous concessions to an adversary overtly or covertly determined to do away with Israel, piece by piece if necessary.
We went that route in the past. We will not be fooled a second time.
Accepting a Palestine means going to bed with Mahmoud Abbas and waking up in the morning with Hamas.
No thanks.
Arab nations could have persuaded the divided heads of a broken Palestinian political system to accept the presence of, and to work with, Israel for the betterment of their own people, but they didn’t.
Why didn’t they?
They failed to address the need to convince their own people that Israel will always be a part of the Middle East and accept that reality.  In truth, they couldn’t.
The fact is, they are afraid of their own people. And their own people hate Jews.
This is perpetuated by the incitement of their religious leaders and political hotheads that rant against Jews, particularly those Jews living in their midst – the Israelis.
This has made Arab rulers impotent, unwilling to go against the will of their people whose very core is filled with a basic anti-Semitic hatred of Jews.
This is the brutal honest truth of the Middle East. It has been that way for over a hundred years, and nothing has been done to put out this fire.
This, and this alone, is why peace is not possible between Israel and the Palestinians.