The Fall of Obama’s House of Cards

“I’m proud of the fact that we are the first administration in modern history that hasn’t had a major scandal in the White House.”
Pause for cynical laughter.
What Obama officials have said frequently on TV against President Trump, and later under oath with a potential charge of perjury if caught lying, are divided by the proverbial country mile.
Spread the dirt in the media but deny the lies under oath.  Examples;

December 18, 2017, CNN. “Vladimir Putin knows how to handle an asset and that’s what he’s doing with the President (Trump).”
Under oath at the House Intelligence Committee. July 17, 2017;
“I never saw any direct empirical evidence that the Trump campaign or someone in it was plotting or conspiring with the Russians to meddle in the election.” 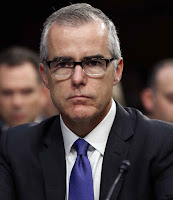 February 17, 2019.  Answering CNN’s Anderson Cooper’s question “Do you think that President Trump could be a Russian asset?”
“I think that’s possible.”
Under oath to the House Intelligence Committee questions in December 2017;
“We have not been able to prove the accuracy of all the information.”
"What is the most damning or important piece of evidence in the dossier. You don’t know if it’s true or not?”
McCabe’s reply, “That’s correct.”
Samantha Power, US Ambassador to the United Nations. 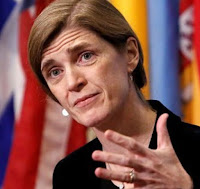 December 11, 2019. Late Show, CBS, laughingly, “I think Putin has received a very high return on his investment (meaning President Trump).”
Samantha Power to House intelligence Committee; “I am not in possession and didn’t read or absorb information that came out of the intelligence community.”
But Samantha Power did request the unmasking of 260 American citizens during 2016 toward the end of the Obama Administration.

July 2018. This Week, ABC; “He (Trump) has taken a number of steps that Vladimir Putin couldn’t have handled more effectively.”
Susan Rice in front of the House Intelligence Committee, September 8, 2017; “I don’t recall intelligence that I would consider evidence to that effect.”
But Susan Rice made requests for the unmasking on American citizens, members of the Trump campaign.
John Brennan, CIA Director.

August 17, 2018. NBC. Meet the Press. “I call his (Trump’s) behavior treasonous…to aid and abet the enemy…and I very much stand by that claim.”
Brennan addressed President Trump in a tweet dated March 20, 2019, “The Special Council will soon further complicate your life, putting your political and financial future in jeopardy.”
Brennan on MSNBC’s Morning Joe, March 26, 2019. “I don't know if I received bad information, but I think I suspected there was more than there actually was.”
This was the head of Obama’s CIA calling the elected President of the United States a traitor based on information at his fingertips.
Obama’s Attorney-General, Loretta Lynch, in an interesting turn of phrase when pressed at the House Intelligence Hearing, “I don’t recall that being briefed up to me.”
Obama’s Attorney-General couldn’t recall if she had been informed that President Trump had been colluding with Russia!
Interesting statements were made by Evelyn Farkas, Obama’s Deputy Assistant Secretary of Defense, who told MSNBC in March, 2017, that she “had to get as much intelligence (on Trump) before Obama leaves the Administration before the Trump staff found out how we knew what we knew.”
Farkas left the Obama Administration in 2015. When questioned by Trey Gowdy how she would have known about information in possession of the Obama administration about Trump-Russian collusion if she didn’t work for the US government any more, Farkas admitted, “I didn’t know anything.”
Gowdy pressed further, “You also didn’t know whether or not anyone in the Trump campaign had colluded with Russia, did you?”
Evenly Farkas replied, “I didn’t.”
Here we have a list of Obama top officials feeding the American public an ongoing series of lies but later denying knowledge of any Trump collusion with Russia when put on the spot and under oath where lying to Congress comes with potential prison time.
There is no other way of expressing it. This was a part of a coup attempt to remove a duly elected president and Obama knew what was going on.
It is shown in the August 6, 2016, text message between Peter Strzog and Lisa Page that “The White House is running this.”
This was confirmed in a September 2 reply from Page to Strzok that “POTUS wants to know everything we’re doing.”
What they wrote is obvious. In the United States, counter-intelligence always runs through the Commander-in-Chief. This is the person who sits in the Oval Office. In this case, Barrack Hussein Obama.
President Obama was keeping tabs on anti-Trump activities by his counter intelligence and law enforcement elite. 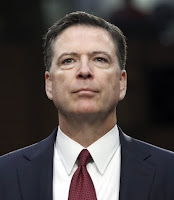 On January 7, 2017, after Donald Trump had been elected president, but before he took office, outgoing President Obama held a meeting in the Oval Office purportedly about Russian interference in the 2016 election. Attending that meeting were Vice President Joe Biden, John Brennan, James Clapper, Susan Rice, Sally Yates, and James Comey (head of the FBI). After the meeting, Obama asked that Yates and Comey remain behind.  This meeting was to discuss General Michael Flynn, who Obama had fired, and Flynn’s brief conversation with the Russian Ambassador as part of his preparation for his national intelligence role under a Trump presidency.
Whatever happened at that Oval Office meeting, Michael Flynn became a prime target for Comey’s FBI which forced the general to accept a plea bargain with Special Council, Robert Mueller, by pleading guilty to “willfully and knowingly” making “false, fictitious and fraudulent statements.”

Flynn was innocent. He was exonerated of all charges.
Flynn had fallen into an FBI entrapment operation.  Recent damning documents clearly show the ones who were willfully and knowingly making false, fictitious and fraudulent statements were top FBI personnel, including James Comey.
They now nervously await the Attorney-General, William Barr, and Special Prosecutor, John Durham, axe to fall. An axe which is likely to incriminate them in criminal behavior.
Trump had picked Flynn to be his National Intelligence Chief and Flynn knew where the bodies of the previous administration were buried.
When Obama met with Trump during the White House transition, the outgoing president told Trump to be wary of two people – North Korea’s Kim Jong-Un, and Michael Flynn. That was how nervous Obama was about the general.
He had to be removed or turned against Trump. The plot nearly succeeded.
We now know that the FBI targeted Flynn in an effort to break him and make him turn against President Trump as proven in the shocking revelation of a hand-written instruction to the FBI team to entrap Flynn at a White House meeting.
The note written by Bill Priestap, Obama’s FBI head of counter-intelligence, ordered them to “get him to lie so we can prosecute him or get him fired.”
The note dated January 24, 2017, illustrated the corrupt behavior of Obama’s FBI.

This was the final act of President Obama who had bragged about having the most scandal-free White House in American history.
The question that dare not speak its name concerns President Barrack Hussein Obama.
What did he know, and when did he know it?
Don’t expect that question to be asked by the cover-up media, and certainly not by the Democrats in the House and Senate. They are co-conspirators in the tawdry, perhaps criminal, conduct of Obama’s top officials.
The Wall Street Journal, raised the question of Obama's role in the gross abuse of FBI-DOJ power in their May 11th editorial, after Obama got himself involved by questioning the dropped charges against Flynn. It wrote;
"Barack Obama is a lawyer, so it was stunning to read that he had ventured into the Michael Flynn case...we wonder what he's really worried about."
Aren't we all?
The Democrats spent three years and an estimated $40 million trying to dig up dirt on Trump. Surely it is fair and balanced for the Republicans to spend the next three years investigating the questions what did Obama do, and why did he do it?
With the impending reports of the Barr-Durham probe, a probe that carries with it serious criminal implications for some, expect more bombshells to fall that could affect the outcome of the US 2020 election, and also the reputation of Obama’s closest aides.
Perhaps Obama himself.
We are witnessing the fall of the Obama House of Cards.