A sign of the developing relationship between Israel and Cyprus was the opening on February 23 2021 of the Pafos Innovation Center at the IDC Herzlia center of excellence that welcomes international students to study for degrees in a wide range of subjects that connect the world.

IDC Herzlia International University is a center where the brightest minds from Israel and abroad merge in subjects ranging from entrepreneurship and computer science to diplomacy and conflict studies to counter-terrorism and homeland security studies. 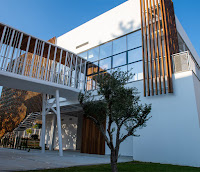 Now, with the forging of relations between Israel, Greece and Cyprus, the college launched the Pafos Innovation Institute to foster regional cooperation between the citizens of the region through higher education, entrepreneurship and innovation.

Students will be able to pursue advanced degrees and develop joint ventures to respond to global challenges facing the people of the Eastern Mediterranean.

The Pafos Innovation Institute is recognized by the Council for Higher Education in Cyprus and by the European Union.

The President of Cyprus, Nicos Anastasiades, said at the opening ceremony of the new institute;

“This forward-thinking and innovative institution is a product of the growing cooperation between Cyprus and Israel in recent years, in areas such as security and the war on terror, but also in the areas of technology and education. In order to realize the potential of the relations between our two countries, we want to see not only agreements and cooperation between governments, but also between the citizens of the countries themselves, working and creating together.”

Pafos in Cyprus has now become a twin city with Herzlia in Israel. Connected in friendship and higher learning.