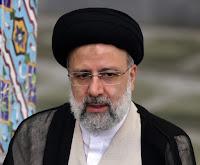 Recently, the Islamic Republic of Iran held their elections and Ebrahim Raisi was inaugurated as the country’s new president.

For international diplomats and human rights organizations, this was a tremendous setback. Raisi is known to those who opposed his election as “the Butcher of Tehran” based on his reign of terror against political opponents throughout Iran starting over thirty years ago.

As the head of Iran’s judiciary, Raisi presided over the crackdown on thousands of peaceful protesters and members of minority groups who were arrested, tortured and summarily executed, often in the most barbaric manner.

Under his watch, during national street protests in November 2019, thousands of protesters, including women and children were subjected to mass arrests, and hundreds were tortured or disappeared.

As deputy prosecutor general of Tehran in 1988, Raisi participated in the ‘death commission’ that ordered the extra-judicial execution of over 5,000 political prisoners.

Blindfolded prisoners were brought before a judge and asked one question, whether they wished to repent their political opinions and pledge loyalty to the Islamic regime.  They thought this question was the beginning of a judicial process. They were never told that their answer would condemn them to death. After giving the wrong answer they were taken away for execution, usually by hanging, a few minutes later.

According to a United Nations report, under Raisi’s judicial leadership between September 2018 and July 2019, at least 8 prominent judges were arrested for defending political prisoners and human rights defenders, many of whom had received lengthy sentences by Raisi’s judiciary.

Under his leadership, the fatal shooting of hundreds of peaceful protesters was never investigated.  In 2019, at least 7000 protesters were arrested, tortured and sentenced to harsh imprisonment by Raisi’s judiciary.

According to many witnesses, Raisi personally watched the torture, rape and execution of many victims of his brutal judicial reign. Now he is Iran’s overlord. This does not augur well for the future of the people of Iran or for the rest of the world.

Moving on. This week will see the opening of a criminal case in Sweden following the arrest of 60-year-old Hamid Nouri.  Nouri was arrested in November 2019 when he arrived in Stockholm.  He was taken into a room at the airport where he was interrogated about his past in Iran. He was then arrested and placed in detention.

The two stories are dastardly connected by the malevolence of the two central characters.

The arrest of Nouri came about as a result of detailed research done by human rights activists.

This trial is unique. It is the first time that an Iranian high official is facing his victims on charges of mass murder. It is, for the Iranians, their equivalent of the Eichmann trial of 1961.

A former Iranian political prisoner, Iraj Mesdaghi, who survived the 1988 mass executions, spent years compiling records of crimes committed by the Tehran regime. He also tracked the movements of the perpetrators. He was helped by Roya and Ladan Boroumand who run a Washington-based foundation that documents Iranian human rights violations.

In 2009, the Boroumand foundation commissioned Geoffrey Robertson QC, a distinguished British lawyer, to conduct an inquiry into the 1988 Iranian killings. Robertson had authored ‘Crimes against Humanity. The Struggle for Global Justice,’ an 800-page book in 2007 after serving as a UN war crimes judge between 2002-2007.

Mesdaghi located the whereabouts of witnesses to provide testimony. He also tracked the perpetrators of the gruesome crimes.

During a 2011 symposium at Oxford University, co-sponsored by the Boroumand, on how to bring the guilty parties of the judicial massacres to justice, Mesdaghi posed a provocative dare to British human rights lawyer, Kaveh Moussavi.

“if I tell you that one of the perpetrators is coming to Europe, will you bring him to court?”

Moussavi took him up on it.” If you commit crimes that are basically an outrage against the conscience of humankind, then expect humankind anywhere on the planet to assert jurisdiction.” 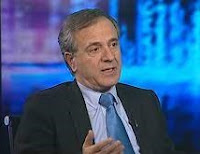 Mesdaghi had been tracking the movements not only of the surviving witnesses but also the perpetrators. Most advanced within the Iranian regime, but, eight years later, Mesdaghi called Moussavi and tipped him off Hamid Nouri was travelling to Sweden.

Moussavi prepared a case file that included witness testimony and presented it to Sweden. Sweden has universal jurisdiction for violations of international law. The trial of Hamid Nouri began on August 10.  He is being prosecuted on charges of “war crimes” and “murder crimes” under the jurisdiction of the Swedish judiciary.

Several witnesses will appear to give testimony to the court which is expected to end in late September.

Nouri worked as an assistant prosecutor in Iran’s prison system. In the summer of 1988, the Iranian leadership sent special teams of security and judicial officials known as “Death Committee” to the prisons to organize the executions of members of the opposition People’s Mujahadin. Thousands of prisoners were hanged, sometimes strung up on construction cranes for public viewing. Their bodies were buried in mass graves, their relatives forbidden from mourning them or visiting the grave sites.

A second wave of executions targeted political prisoners. His accusers say that Nouri was directly involved in these executions.

Mesdaghi endured time in an Iranian prison. He suffered in solitary confinement and did not have a lawyer, but he demands that Nouri gets a fair trial with proper legal representation, and he does not demand a death sentence.

“I’m fighting for justice,” he said. “Not just for myself but for everybody.”

If Hamid Nouri is proven guilty of the crimes against him he faces up to fifteen years in prison. Beyond that, three questions need to be asked.

Will the Swedish judiciary bring evidence from this trial to the International Criminal Court with a request that they study the findings of the case and open an investigation of the crimes and put out a warrant for the arrest of the leaders of these crimes to stand trial for international human rights and war crimes at The Hague, including the new President of Iran?

Will the European Union bring the result of this trial to the United Nations Human Rights Council and request a resolution against all those who participated in the mass murder of political opponents and protesters, including the new President of Iran?

Will the United Nations Human Rights Council include the Iranian human rights crimes against their own people in the agenda of their upcoming Durban Conference scheduled for September? Or will they let Iran off the hook and make a mockery of their event by reigniting the “Zionism is Racism” fallacy as they did twenty years ago?

It took Israel seventeen years to get this iniquitous act off the UN statute books. It would go some way to recover the tarnished reputation of the UN if, instead of targeting Israel, they took up the challenge of demanding that every criminal Iranian, including the newly crowned president, face human rights investigations over the killing of tens of thousands of Iranian citizens.

In light of a possible conviction and the implications against those in power in Tehran, will the United States include these massive human rights crimes against the Iranian people as a reason to impose harsher sanctions and bring about the end of the wickedly criminal Iranian regime?