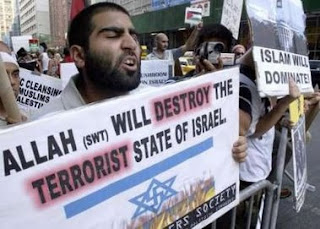 When Israel displays so-called “liberal progressive values” to people intent on attacking our state and killing Jews the direct and immediate result is Palestinian terror and the murder of Israelis.

When the Israeli government lifted restrictions on Palestinians as a gesture during the Muslim holy month of Ramadan Palestinian Arabs, particularly those belonging to Hamas, exploited the gesture by disguising themselves, arming themselves, traveling into the heart of Tel Aviv, perhaps the most liberal progressive city in Israel, to kill and injure Israelis, including many who have supported their cause.

When the terrorists entered the busy Sarona entertainment center they entered the soft underbelly of Israel and mingled with the part of Israeli society who have bought into the notion that Israel should not “occupy” the Palestinians, that it is wrong to “oppress” them. In other words, these liberal-minded Israelis have failed to understand the  Palestinian narrative that, by living in Israel, according to the killers and those who motivated them, they are illegally occupying Palestine, even in Tel Aviv.

These Israelis, shockingly including Ron Huldai, the mayor of liberal progressive Tel Aviv, think that the terror outrage was a result of “Israeli occupation.” They have blinded themselves to the fact that both side of the Palestinian political divide look on Israel as “Palestinian occupied territory.”

Palestinian terrorists do not perform their gruesome acts out of a felling of hopelessness. The opposite is true. They are performing the ultimate act of hope, the hope of contributing to an end of Israel with their violence and murder.

It is eighty seven years since the 1929 massacre of Jews in Hebron by fanatical Arabs driven by Jew hatred. It is no coincidence that the deadly Tel Aviv attack on Jews was perpetrated by Arabs from Hebron. The Jew hatred is old but it is as violent today as it was almost a century ago.

That is why Mahmoud Abbas, the undemocratic Chairman of the Palestinian Authority, elected to a four year term nine years ago, cannot, and will not, recognize Israel as the Jewish state. To do so would put an end to the final solution of the Jewish problem in the Middle East, namely the establishment of a Palestine on all the land they desire. Accepting a Palestinian state on what are called “1967 lines” is simply a temporary stage on the way to completing the task of eliminating Israel. Just look at Palestinian maps, read what they are teaching their children. Their “Palestine” includes Jaffa, Haifa, Acre and the Galilee. They have even turned the wandering Bedouin of the Negev into Palestinians.

They are supported in this by hundreds of foreign support groups including the BDS Movement led by Omar Barghouti who has publicly stated that “Definitely, most definitely, we oppose a Jewish state in any part of Palestine. No Palestinian, not a sell-out Palestinian, will ever accept a Jewish state.”

That is why you hear the chant on the streets of Europe and the United States from radical Palestinian supporters of “From the river to the sea, Palestine will be free.”

Words have meaning and these words mean that Palestine will only be free when Israel no longer exists.

These words fully support the PLO Charter which states, “Palestine, with the borders it had during the British Mandate (i.e. prior to 1922!!) is an indivisible territorial unit.”

Little wonder then that the Arabs opposed the UN Partition Plan of 1947. This Palestinian ambition continues today, even if the way to fulfilling that ambition means killing Jews along the way. It is written and ordered in the Hamas Charter, “O Muslim! There is a Jew hiding behind me. Come out and kill him!”

That is precisely what the Hamas killers did in Tel Aviv.

So don’t be fooled when BDS activists tell you they are a “non-violent” protest movement in support of the Palestinian cause. They are lying. Their leader Barghouti has openly said, “Palestinians have the right to resistance by any means, including armed resistance.”


These threats are not abstract. They are real and are ongoing, and are backed by violent action.

If that keeps us safe from murderous people baying for my blood I can live without the label of being called a liberal progressive.

Barry Shaw is the Senior Associate for Public Diplomacy at the Israel Institute for Strategic Studies.  He is also the author of ‘Fighting Hamas, BDS and Anti-Semitism’ and the new best-seller ‘BDS for IDIOTS.’