The door is closing on Palestine. 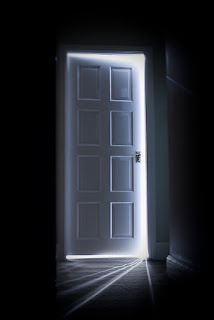 At a time when the leaders of Arab-controlled Ramallah continue their rejection of the Jewish State and their civil society enemy in Gaza has launched more missiles at Israel and been deprived of yet another terror cell in Hebron they continue to refuse to sit and negotiate a permanent peace agreement.

They think they can weaken and destroy Israel in stages by applying the alternative strategy of force and diplomatic pressure.

It’s time to reclaim our land. It’s been out there dangling as a reward for Arab pragmatism, recognition of our rights, and peace, but the olive branch has been knocked out of our hand by their lethal ideology of a world without the Jewish State.

It has left us no other option but to make a loud statement of intent that in the face of rejection, threats, violence and non-compliance with signed agreements, Judea & Samaria not only exists, it’s about to get stronger.

Since 1967 instead of accepting our generous concessions they thought they could play an end game that would leave us weaker and more vulnerable to a double sucker punch of terror and international pressure which would take them along the path to what they call the final solution of the Jewish problem in the Middle East.

All the evidence is there for the compliant diplomats who have been dragging the dead carcass of a two-state solution for decades even as they rip out the three thousand year beating heart of Judaism from our grasp by calling it “illegally occupied Palestinian territory.”

Has anyone except me worked out why Mahmoud Abbas refuses to call Israel “the Jewish State”?

He plays into the Arab manual of deconstructing Israel in stages.
Their argument is that Israel was wrongly and illegally created in 1948 on Palestinian land, that there is no such thing as an Israeli Arab, they are “Palestinians of the Interior” or “Palestinians of ’48.”
In other words they are Palestinians waiting to be liberated inferring that the Jews have no claims to nationhood anywhere, that Palestinian Arabs are the indigenous people and their rights will be honoured by their liberation.
That is why the Palestine Liberation Organisation still exists with important relevance to their leadership. Their charter still calls for liberating “every inch of Palestine,” and to think that we play into that narrative with our blind concessions.

On February 6, 2017, the Israel Knesset passed an historic law that legalises our thousand homes  and opens the way for Israel to claim long awaited sovereignty over a part of Judea & Samaria known as Area C which, in the signed Oslo agreement falls under the civil and security purview of Israel.

To the failing two-state diplomats allow me to inform you that there are several valid alternatives to your failed vision.
But let me put it bluntly. It is way past time for diplomatic dancing. Let’s call the Palestinian spade the bloody shovel that it is. Our generosity has been rejected and perceived as weakness.
It is time for Israel to reverse out of the blind alley we have been forced into by an international community unable to see they have become willing hostages to a Holocaust denier in Ramallah and a radical Islamic terror regime in Gaza.

In this dangerous neck of the woods strength rules and you get devoured when you display weakness.  Liberal niceties have little place in this murderous region.
The time has come for Israel to assert its legitimate and God-given rights and the world be damned for not acknowledging them.

The door is closing on Palestine. They had their chance and they blew it.

Barry Shaw is the Senior Associate for Public Diplomacy at the Israel Institute for Strategic Studies.  He is the author of the new best-selling book ‘1917. From Palestine to the Land of Israel.’
https://www.amazon.com/1917-Palestine-Land-Israel-extraordinary/dp/154230010X/ref=sr_1_1?s=books&ie=UTF8&qid=1486451646&sr=1-1&keywords=1917.+from+palestine+to+the+land+of+israel