The Terror Filled Face of Palestine.

When Israeli Prime Minister, Benjamin Netanyahu, spoke with President Trump at the White House press conference on February 15 he spoke about the inadmissibility of forcing Israel to live alongside a terrorist state of Palestine as the result of a global effort to establish a Palestinian state.

Ignored by people advocating a two-state solution is the clear and present danger of Hamas in Gaza and the West Bank and the terror face of the Fatah-led Palestinian Authority. 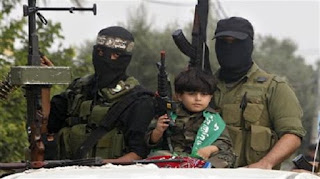 Evidence of that has been seen at Bir Zeit University where Hamas-affiliated students overwhelmingly won the student body election in February 2017.

The Palestinian Authority is busy arresting Hamas members  and the Israeli security forces are constantly intercepting Hamas terror cells and arresting their budding terrorists in the West Bank.

55 year old unrepentant terrorist, Yahya Sinwar, served 22 years in an Israeli prison on serious terrorism charges. He was released as part of a huge scale prisoner release by Israel for the return of imprisoned Israeli soldier, Gilad Shalit, who had been kidnapped by Hamas terrorists.

Among Sinwar’s offences was the killing of Palestinians who he called “collaborators.”  He ordered the killing of a senior Hamas commander without trial because he perceived him to be a potential rival and traitor.

He comes to political power from the military wing of Hamas. The Izz a-Din al-Kassam terror group is linked to the extreme Islamic Salafist movement.  He is close to Muhamad Deif, the chief of Hamas operations in Gaza considered to be the Chief of Staff of the Hamas terror army.

It is apparent that the radical terrorist arm of Hamas now controls their political wing. Sinwar opposes any compromise with Israel.

This arch-terrorist in Gaza is matched by similar hard line Fatah candidates in Ramallah. 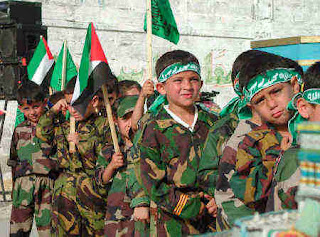 An unfortunate feature of the global pressure on Israel has been the unwillingness to address the deep terror promoting agenda of leading members of the Palestinian Authority.

These are not benign activities for Rajoub. He exploits sport as a political football to try and expel Israel from FIFA, the world governing body of soccer, by bringing allegations against Israel to FIFA forums, as does the PA  at the UN. But behind his diplomatic posturing lies the real face of Rajoub who promotes and glorifies terror through Palestinian sports competitions, inculcating the youth to revere terrorist murderers as heroes to be emulated.

One example is Muhannad Halabi who stabbed a father to death in Jerusalem in October 2015, stabbed the mother and a two year old child and killed an Israeli man who tried to help the family before he was shot and killed by an Israeli policeman.

This is the leading candidate to head the Palestinian Authority and potentially a new State of Palestine. 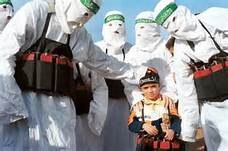 Another popular candidate is Marwan Barghouti who is serving five life sentences for murdering Israelis. While in prison he has been calling for further terror attacks against the Jewish state. Yet, he is considered a folk hero to Palestinians.

The two headed pincer movement of a terror-loving Palestine will not become friendly nut crackers given statehood.  They will continue their stated ambition to annihilate Israel in stages.

As for the current president, Mahmoud Abbas in late 2015 when referring to Palestinian terror attacks against Jews in Jerusalem said, in the most lethal Islamic terms, “We bless every drop of blood that has been spilled in Jerusalem, blood spilled for Allah. Every martyr will reach Paradise, and every wounded will be rewarded by Allah.”

He stated that he would not allow Jews to visit the Temple Mount by saying, “They have no right to defile it with their filthy feet.”

This is the real face of the man the world suggests is Israel’s moderate peace-partner. 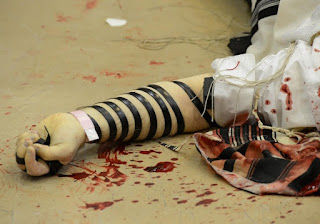 Anyone who thinks that this type of Palestine will bring peace and harmony is delusional.