This is Israel’s insurmountable Palestinian problem. 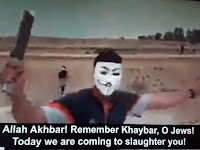 This is Israel's insurmountable Palestinian problem.
Thank you Czech Foreign Minister, Martin Stropnicky, for being a rare European leader with clarity of thought and the courage to state the obvious, that inciting thousands to tear down a nation's border fence in order to murder its citizens is an act of terror and that, in Gaza, it is Hamas that is guilty of international crimes, and not Israel. 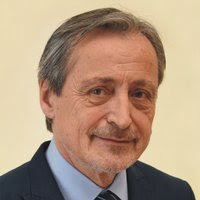 Stropnicky, in an official statement entitled "Gaza: Telling things as they really are," wrote that the concern is not only about the victims of the ongoing violence, "but also about its causes, including who initiates it. The fact is that Hamas, designated by the EU as a terrorist organization, is fully responsible for the form and objectives of the violent actions that have taken place on the border between Israel and Gaza for weeks."


The Czech minister called out Hamas for coming up with "provocative actions that no state in the world could accept."


"The persistent effort of the attackers to break the border fence and enter Israel can be considered an act of terrorism." Stropnicky also said that burning tires and setting fields on fire cannot be ignored. He also included Palestinians setting fire to the Kerem Shalom Crossing and sending minors to the fence so that Israel could be accused of killing children were also Hamas crimes.

Martin Stropnicky concluded what all this shows is that Hamas is not concerned about the people in Gaza and that its actions do nothing to contribute to a resolution to the Israel-Palestinian conflict.

His statement is in stark contrast to much of the European diplomatic bleating class who simply refuse to get it and prefer to dump the blame on Israel.

To support the courageous statement of the Czech Foreign Minister please watch what actually happened last week on Israel's border with Gaza. In this short video by my friend and colleague, Pierre Rehov, you will better understand what Hamas and Palestinian Islamic Jihad is up to, and how European diplomats have rewarded Hamas with a diplomatic and publicity victory by placing the blame onto the Jewish state.

https://vimeo.com/271215407
The political incompetence of the EU simply emboldens Hamas to continue their violence. The inevitable outcome of such fake diplomacy will be if armed and indoctrinated Gazans manage to break into Israel and begin killing Israeli civilians and drag hostages back into Gaza, for these are the orders given by Hamas to the "protesters" on Israel's border.
The harsh truth is that Hamas is on a messianic mission to destroy Israel and kill Jews. Take a look at the screenshot which is the opening caption to this report. It shows one of the "peaceful Palestinian protesters" who managed to breach the border fence and was on his way, in his words, to slaughter Jews in the name of Allah.


This is the real face of "protests" along Israel's border with Gaza. They are not spontaneous. They are not peaceful. Their relentless propaganda is that a holy war against the Jews has to be fought to liberate Palestine "from the river to the sea."

This dangerous nonsense must be seriously challenged. This, and this alone at this time, must be the principle aim of diplomats everywhere, but particularly European diplomats and politicians because this is, and always has been, the principle obstacle to any progress in solving the insurmountable Palestinian problem.

Until that happens, we Israelis must send our sons and daughters to do whatever is necessary to protect us and defend our country against the avowed enemies across our borders.


Barry Shaw is the author of 'Fighting Hamas, BDS, and Anti-Semitism' and '1917. From Palestine to the Land of Israel.' He is also the Senior Associate for Public Diplomacy at the Israel Institute for Strategic Studies.