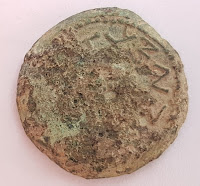 I was reading an article in the Jerusalem Post about the nearly discovered Pilgrimage Road. This is the pathway that Jewish pilgrims took to the ancient Jewish Temple on the Temple Mount in Jerusalem.
They stumbled across this site by accident.
A rusty water pipe had burst in Silwan, a place where, after 1948, Arabs had moved into the homes of Yemenite Jews forced to flee by marauding Arab rioters and the invading Jordanian army as the nascent state of Israel perilously held on to territory by its fingertips when aggressive Arab armies launched a war of annihilation against the new Jewish state.
In the 1880s, the Jews of Yemen had begun to make their perilous way on foot to Jerusalem, a messianic journey drawn by the magnet of the Jewish Temple. Their pilgrimage trek took them half a year. They arrived destitute but elated to make their new homes in Silwan within touching distance of all that was sacred to their soul by the Old City walls.
By 1910, they had sufficient money to purchase a scratch of ground on the Mount of Olives to bury their dead. They lived in relative peace alongside their Muslim and Christian neighbors until the deadly Arab pogrom initiated by the infamous Jew-hating Mufti, Haj Amin al-Husseini. Over a three-year period between 1936-1939, hundreds of Jews were killed and many more injured throughout pre-state Palestine.
Living under threat, the Yemenite community in Silwan were evacuated for their safety by the Jewish National Committee and, by 1945, no Jews remained in Silwan.
When the Jordanian Army conquered Jerusalem, they forced the Jews out of the Old City, including the Silwan Jews, and destroyed synagogues and yeshivas. The Jordanians dug up the Jewish gravestones on the Mount of Olives and used them as paving stones in Jerusalem.
Arab families began to occupy Jewish homes, including those in Silwan. Properties and farming land were stolen from absentee Jews by the Arabs without registering ownership.
The area remained under Jordanian occupation until 1967 when Israel succeeded in liberating the territory when yet another war of Arab aggression was forced on the Jewish state by Arab armies.
Today, it remains a contentious area as Jewish organizations fight to re-establish Jewish ownership and a Jewish presence in Silwan. Part of that effort includes the extensive archeological projects that constantly uncovers startling evidence of a three millennia Jewish sovereignty including the City of David, the residence of King David, the water channels that provided water to the Old City and to the Jewish Temple in Jerusalem, and the pools that were the cleansing stations for Jewish pilgrims before their ascent to the holy shrine.
The most recent discovery is the Pilgrimage Road, the walkway that took the masses from the mikveh known as the Pool of Siloam in Silwan up to the Jewish Temple. It was along this road that ancient Jewish scholars strode to fulfill their religious obligations at the Temple. Jesus must have walked along this road.
The site was opened with great fanfare on June 30, 2019. It further enhances Israel’s justified sovereignty over Jerusalem. The archaeologically-proven site is further evidence of the Jewish presence two thousand years ago, before the start of Islam.
Documentary narration of a history has been verified by artefacts found at the site, including catapult projectiles used against the Jewish rebels as the Romans were killing Jews and destroying Judaism’s most holy site.
A significant discovery was made at the site in November 2016. Coins minted during this period was uncovered. These coins were minted by Jews about to do battle against the mighty Roman invaders.

The coins feature a menorah and bore the inscription, "Two Years to the Great  Revolt," a message that the struggle for Zion was not over. This was the clarion call of  the Jewish rebels to defy and oppose the foreign rule of Rome. More such coins have been found recently in the archeological excavations at this site with the slogan “For the Redemption of Zion" emblazoned on them.
The coins have come to be called the “Free Zion” coins.
This is the spirit in which the Pilgrimage Road and everything connected to the contemporary Jewish struggle to re-constitute not only the Jewish narrative but our Jewish sovereignty on this land and in our capital is based.
It is also the cry for our battle against our haters and delegitimizers, the contemporary versions of the Romans.
Compared to the evident presence of Jews dating back three millennia to today, evidence that we were the ones that created, not conquered or destroyed ancient artefacts as the Jordanians and the Palestinian Arabs have done in Jerusalem, but cherished and preserved them, no matter what dynasty they are.
The Palestinians, despite their bluster, have no history of sovereignty, no ancient deeds of ownership. Their “history” is a myth, a fiction dredged up by dark malevolent minds to block the light of inspection onto genuine Jewish legitimacy and heritage.
Today, there is a call to “Free Palestine.” They advance the argument that this Palestine must be “from the river to the sea.”  Yet they cannot find one ancient coin, one artefact, one proven fact to show that a sovereign Palestine ever existed, anywhere.
Against their history bluster there is only one crystal clear answer. Prior to the establishment of the State of Israel, going back in history as far as you can go, there was only one other legitimate sovereignty in the land of Israel, and that was Judea. Judea, where the word Jews derives.
Today, Israel is the third Jewish state to exist in this geographical area. There has never been a non-Jewish sovereign state in the Land of Israel. All other rulers and occupiers were foreigners, including the Arabs. In fact, the Jewish people established their nationhood in the Land of Israel two thousand years before the rise of Islam. The last sovereign power to rule the Land of Israel before the current State of Israel was established in 1948 was the Davidic dynasty, hence the added importance of the recent discoveries in the City of David.
So today we must raise the cry that is found on that tiny coin that speaks to us from two thousand years ago.
Free Zion!
I propose that a banner is raised.  A banner carrying the image of that defiant Jewish coin and the words “Free Zion!”
This banner, badge, flag, emblem, icon, should we displayed by every Zionist, every pro-Israel activist be they Jewish, Christian, Muslim, secular supporters of truth, of Jewish self-determination, and the right of Israel to exist in peace in our historic and legitimate land.

Barry Shaw is the International Public Diplomacy Director at the Israel Institute for Strategic Studies,
He is a write, speaker and author of ‘Fighting Hamas, BDS and Anti-Semitism,’ ‘BDS for IDIOTS,’ and ‘1917, From Palestine to the Land of Israel.’