There is no doubt that the virus that is plaguing the world both physically and economically was germinated in China and was allowed to spread by official Chinese denial, dodging, and lies that lost governments at least a month and more in taking preventative measures to stop the spread.

The Chinese authorities silenced the report from a doctor working in the Wuhan Central Hospital of the breakout of a new and unknown virus. They allowed a mass event to take place in Wuhan with the participation of tens of thousands of people. At the event the authorities distributed 200,000 free passes for people to celebrate the China Lunar New Year thereby furthering the spread of the virus.
Meanwhile, the hospital doctor died of the virus.
In mid-December, Chinese public health officials told the World Health Organization of a pneumonia-type illness with no clear evidence of human-to-human transmission. This was a lie.
Millions of Chinese were allowed to fly around the world for work, study, or tourism without any restrictions from a knowing Chinese Central Government, thereby spreading the deadly virus globally.
By January, the Central Government of the Communist Party of China knew precisely what they had unleashed on their people and the world and their disinformation campaign began in earnest. First they said there was little to worry about, then when President Trump issued a travel ban on all flights from China into the United States to try and slow the outbreak of a pandemic in America, the Chinese Government threatened to stop the supply of pharmaceutical drugs from China, then accused US soldiers of spreading the virus in Wuhan.
In January and early February, while claiming they had control over the virus in China, the Chinese Government, through government-owned proxies and covert companies including the China-owed Greenland Group, were buying up huge stocks of masks, ventilators, protective clothing from around the world including from Australia, Egypt and African countries, and then selling them on in late February and March to countries desperately short of vital items and equipment to fight the pandemic. In this way the Chinese Government were profiting from a virus that originated in their country that they had denied. But hoped to be seen as the savior of the world.
Despite the political incorrectness of letting China off the hook for their insidious virus, there is no excuse to forgive them for the devastating health and economic damage they have caused by their malevolent behavior.
Voices have been heard calling for huge reparations from a Chinese Communist Government that acts as if it is above the law and all the norms of acceptable international behavior.
Many US lawmakers are saying “We should hold China accountable,” Including Marsha Blackburn, Tom Cotton, Marco Rubio. Senator Josh Hawley said that “The cost of Beijing’s criminal conduct should be assessed and they should pay damages to the USA and the world.”
Business Today reported on a $20 trillion lawsuit has been filed against Chinese authorities over the virus outbreak.
Fox News ran an article, ‘How China can be held legally accountable for coronavirus pandemic.’
In this article Nitsana Darshan-Leitner, the executive director of Shurat HaDin, the Israel Law Center, was quoted as saying, “An argument could be made that just like support for terrorism, which is legally actionable, a government that engages in such reckless disregard and negligence and covers up an epidemic which has the potential to spread worldwide could be held legally liable.”
She went on to say, “Cover-ups and deliberate acts to conceal a deadly medical crisis are not among the protected acts of a sovereign state or of responsible leaders.”
Confirming Darshan-Leitner’s contention, Juliya Arbisman, an international disputes expert and partner at the New York-based Diamond McCarthy law firm, indicated that there are broad possibilities under international law, especially trade law, for State-to-State and individual investor claims against countries.
Future claims should include U.S. National Security advisor Robert O'Brien’s reference to the doctors who were censored, pointing to the Beijing concealment in the early phase which cost the world community two months and aggravated the international fallout, leading to what House Foreign Affairs Committee, Rep. Michael McCaul, has termed "one of the worst cover-ups in human history."
Ivana Stradner, international law and national security expert at the American Enterprise Institute said in the Fox New report, "China's delay in reporting the outbreak violated international law."
David Matas is a Canada-based international human rights lawyer who was appointed as a member of the Canadian delegation to the United Nations Conference on the Establishment of an International Criminal Court. He points out that if the virus derived from the Chinese Bio Laboratory in Wuhan by any form and its spread was denied by China, that this non-reporting is a form of violation of the Biological Weapons Convention and that the United States could lodge a complaint to the United Nations Security Council claiming that China had acted in breach of its obligations according to the provisions of the Convention.
But governments and major international companies are more interested in being compensated for the damages caused to them, their citizens and workers.
The devastating economic fallout from the China virus may take years to recover leaving a trail of personal tragedies in its wake.
China must be held responsible and not be allowed to profit from their malevolent actions.
Barry Shaw, International Public Diplomacy Director, Israel Institute for Strategic Studies.


Posted by theviewfromisrael.com at 12:07 No comments:

The China virus and its ultimate aim. 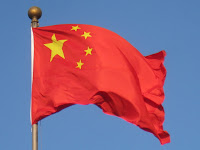 Posted by theviewfromisrael.com at 13:04 2 comments: 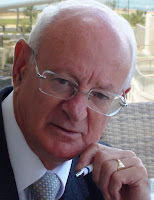 Posted by theviewfromisrael.com at 18:47 6 comments:

Palestinian Economic Situation. Who is to blame?

News outlets are quick to accuse Israel in stories of Palestinian poverty, but if there is poverty who is responsible?
Let's put to rest the false Palestinian moan that poverty exists in the Gaza Strip because of Israeli oppression over the most densely populated place on earth.
Both theories are wrong.
The Israel oppression lie:
When Hamas and Palestinian Islamic Jihad stop their rockets, border violence and terror, thousands of Gazans enter Israel daily to work and bring money back to their families. True, Israeli salaries are higher than those under corrupt Palestinian mismanagement.
Also, when Palestinian rockets stop flying into Israeli civilian centers, a thousand trucks roll into Gaza from Israel daily bringing everything that Gazans need to lead comfortable and healthy lives.
So their economic situation is a factor of living under the corrupt oppressive Hamas yoke that prefers war to wealth.
The Population density lie;
The Gaza Strip has a population density of 5,154 people per sq. km. Compare this with
Mumbai 83,800.
Karachi 59,100.
Cairo 19,376.
And population density does not have a direct relationship with poverty. Compare the Gaza Strip's demographics of 5,154 to
Wealthy Hong Kong 6,659 per sq.km.
Rich Monaco 19,426 per sq.km.
Even Greater London has a density of more than three times that of the Gaza Strip - 14,550 per sq. mile.
So Gaza Strip's economic condition has less to do with population density than it has to do with a brutal, corrupt Hamas leadership that steals prosperity from their people and wastes it on their obsessive terror war against Israel.
Incidentally, the population density of Tel Aviv is greater than the Gaza Strip at 7.606 people per sq. km.
Palestinian Hamas could learn a few things about population economic policies and management from Tel Aviv Municipality, even if it unprepared to learn anything about how to create national prosperity from the Israeli Government.
But, of course, it won't.
Barry Shaw,
International Public Diplomacy Director,
Israel Institute for Strategic Studies.
https://www.amazon.com/Fighting-Hamas-BDS-Anti-Semitism-violence-ebook/dp/B00TYT5W8S/ref=sr_1_1?keywords=fighting+hamas+bds+and+antisemitism&qid=1584264483&sr=8-1
Posted by theviewfromisrael.com at 11:58 No comments: