Trump Administration Rectifies a Historic Diplomatic Wrong. Anyone Born in Jerusalem is Born in Israel. 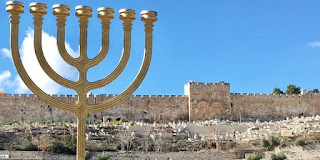 Anyone born in Jerusalem is born in Israel.

Sounds common sense doesn't it? But to took the Trump Administration to rectify a historic diplomatic wrong.

On 29 October, 2020, US Secretary of State, Mike Pompeo, signed a policy change that allows US citizens born in Jerusalem to list Israel as their country of birth in their passports.

This may seem an insignificant act, but it has real meaning to Israel and in the international diplomatic community.
There is a bad history that has led to the decision of the Trump Administration to rectify what has been called an international crime against the Jewish State.
Up until the change in the US State Department policy, American citizens born in Jerusalem were only allowed to list the city and not the country of their birth, unless they had been born in Jerusalem before 1948 in which case their country of birth was listed as “Palestine” despite the fact there was no Palestinian nation at that time or subsequently.
In other words, the ruling was not only anti-Israeli, it was also a historic lie.
Prior to the State Department’s recent resignation, the internal ruling was not to list Israel, Jordan or the West Bank for persons born within the current boundaries of Jerusalem. This reflected US policy toward Israel and Jerusalem.
The hypocrisy of this ruling could be seen in the US policy toward Taiwan, a country in which a US citizen born there has the choice of describing his or her citizenship as being with Taiwanese of Chinese.
In the past, the international community worked feverishly to remove Israel from any claim to Jerusalem as its capital, attempted to” internationalise” the city holy to the three main religions. Later, they fell into the hypocritical trap of claiming that east Jerusalem should be considered the capital of a Palestinian state.
Basically, they were saying that Jerusalem could not be considered the capital of the Jewish state. but if there were to be a Palestinian state then Jerusalem should already be considered as their capital.
It is clear to see why Israel strongly objected to this notion. The character and the status of Jerusalem cries out to us from the pages of the Bible. Those who disregard this recorded history are guilty of malevolent duplicity.
This duplicity was apparent during the Obama Administration. When President Obama made the trip to Jerusalem to attend the funeral of Shimon Peres, a couple of months before the end of his presidency, the White House published his speech at the grave on Mt. Herzl, giving the location as Jerusalem, Israel. The word “Israel” was hastily removed to avoid embarrassment. This despite the fact that the Mt. Herzl national cemetery is located in west Jerusalem. This despite the fact that since the 1990s Congress was describing Jerusalem as the capital of Israel.
The final act anti-Israel by Obama was when he led an action against Israel in the UN Security Council and the passing of the notorious Resolution 2334 which designated all pre-1967 lands seized by Israel in a legitimate war of defense against Jordan, including the Old City of Jerusalem, as “illegally occupied Palestinian land.”
In Obama’s book, this implied that an American born in Jerusalem had no entitlement to document that he or she was born in Israel.
This historical misnomer was rectified by the US State Department.
It was also a message to the misguided world that Jerusalem is the capital of Israel and an integral part of the state.

Barry Shaw is the International Public Diplomacy Director at the Israel Institute for Strategic Studies. He is also the author of “1917. From Palestine to the Land of Israel.”