Israel is at war with itself. 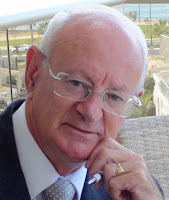 Let’s be brutally honest. Let’s call it out for what it is. We have a full blown race war playing out on the streets of Israel. We'd better get on top of it before it destroys us.

Believe me, it’s easy to tot up the score and point red cards at the other side. That’s an easy game to win, but that won’t cut it if we want to restore calm and unite the country. The other side must shape up as well.

You can’t solve a race problem until both sides own their guilt. Not one side. Both sides. That didn’t happen in America. And they won’t find peace and absolution until that happens. The other side simply smells weakness and goes further on the offensive.

So let’s not follow the American route. In their case the blacks, for whatever justification, have gone on the rampage and are taking their hate out on the whites as if they, the blacks are innocent victims. and the whites are sucking it up and behaving as if they are guilty as sin even if they don’t have a racist bone in their body. That’s not the way to solve their problem. They are being fed wholesale lies and they are sucking it up and, in too many cases, claiming sins they do not possess.

That is not being honest. That does not solve the problem. It merely exacerbates it.

There are Israeli Arabs steeped in the religious anti-Semitism of their faith. Though barely educated, they express their emotions with a hatred of Jews and a desire for glory by attacking them. They have been brainwashed into believing this is an act of a higher calling. It brings them one step closer to an Islamic heaven as a hero and a martyr.

Sadly, Israel has an underclass of loud-mouthed louts who think it’s powerful to scream “Death to Arabs” at football games, as if that would inspire their team to score more goals. They strut as if they control the street. They are nothing but ignorant hooligans that shame Judaism.

These do not represent the majority of their clan. They do represent a danger that must be called out, condemned and punished. Not excused or justified. Because if we allow it to grow, to gain respectability, if we do not reject and destroy this disease, it will explode and destroy our country from within.

This is the only way we can get on top of it and eradicate it. With brutal, non-violent honesty. Even if it means we have to be as brutally honest with ourselves as with the other. If we allow them to fester they will rot the soul out of our body.

We have existential threats from those who hate us and want to kill us based on race, and who are now exploiting our domestic vulnerabilities. This has been exacerbated by a minority of Israeli Arabs who see themselves as the spearhead of a wider Jewish hatred. Regrettably, and damagingly, elected Knesset members chosen to represent the best interests of Israeli Arabs, those quick to noisily criticize rare acts of violence against Arabs within Israel, have been dangerously silent over the eruption of Arab initiated thuggery and mob lynching against Jews.

This makes it all the more imperative to get on top of our internal problem swiftly and effectively by calling on both sides to sit together and control their side of the street.